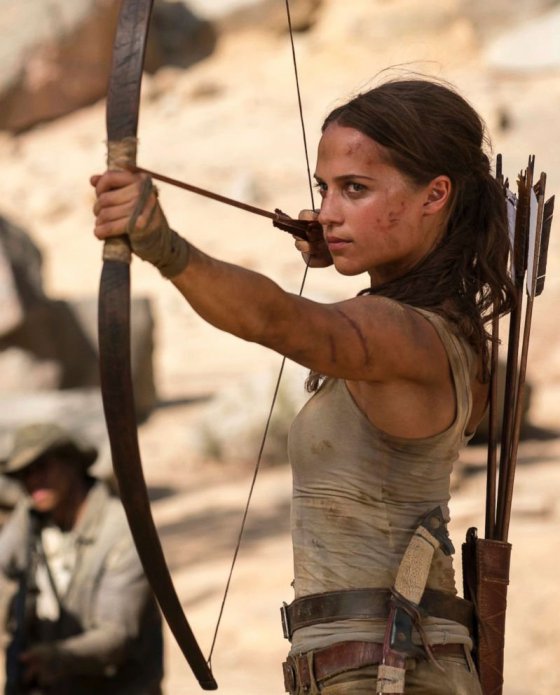 Loosely based on the 2013 reboot of the original video game franchise, last year's Tomb Raider put a decidedly grittier spin on the world of Lara Croft, with Vikander portraying the character as a young woman who's only just begun her career as a globe-trotting adventurer. The film drew mixed reviews and was criticized for its uninspired origin story, but praised for not objectifying Vikander and delivering impressively rough and tumble action sequences.

While it performed softer than expected in the U.S., Tomb Raider went on to gross enough worldwide ($275 million) to more than cover its production budget (estimated at $90-100 million or so). And though it took a while for MGM to take the next logical step forward, the studio recruited writer Amy Jump to write the Tomb Raider 2 - earlier this year. Now, Jump's frequent collaborator and husband-filmmaker Ben Wheatley has joined the sequel as director.

Wheatley and Jump have been working together professionally for nearly ten years, delivering cult films that range from the psychological horror movie Kill List to the dystopian allegory High-Rise and, most recently, the action-comedy Free Fire in that time. Cinephiles will no doubt be excited to hear the pair are now lending their talents to the next Tomb Raider and, hopefully, being allowed enough freedom to put their stamp on the survival adventure property. The first Tomb Raider left the door wide open for its sequel by ending with Lara finally discovering the truth about Trinity (namely, its front company, Patna, is part of Croft Holdings) and preparing for her next fight with the shadowy organization. And with Lara's origin story now firmly out of the way, the followup will be free to explore a fresher storyline and, presumably, include a whole lot more actual tomb-raiding along the way.

Now, she’s taking what is perhaps the biggest leap of her career with La La Land. Singing and dancing her way through the movie musical, Hollywood’s favorite girl next door is a...
9 Months ago